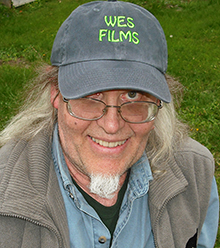 Sage Birchwater has been a resident of the Cariboo Chilcotin Central Coast region since 1973. Originally from Victoria, he has led a varied life as a back-to-the-lander, trapper, ranch hand, educator, cultural researcher, community activist, newspaper reporter and freelance journalist.

Sage Birchwater has written, co-authored, or edited thirteen books. His most recent book, Chilcotin Chronicles (Caitlin Press 2017) was one of BC's top selling books of 2017.

Sage has lived communally in the Cariboo, spent ten years on a remote Chilcotin trapline, raised two sons "born in the bush" and is the grandfather of seven. He currently makes his home in Williams Lake with his companion Caterina.