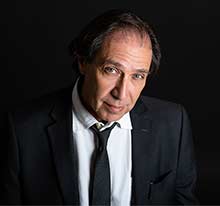 From 1982 to 1989, he taught American Literature and Translation at the American Institute in Barcelona, and from 1989 to 2004, English at Escuela Superior de Administracion y Direccion de Empresas, also in Barcelona.

Tregebov's first novel, The Briss, was a finalist for the Commonwealth First Novel Prize (Canada-Caribbean Region).

His second novel The Shiva was published in the summer of 2012.

He lives with his family in Barcelona working for several organizations as a lexicographer and translator in Spanish, Catalan, French and English.