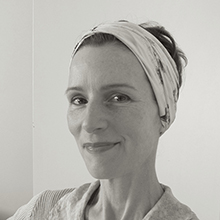 Roxanna Bikadoroff is an award-winning artist whose illustrations have appeared in hundreds of publications around the world over the past twenty-five years, including in The New Yorker, The Walrus, and on the covers of the Angela Carter and Flannery O'Connor book series. She has twice served as a judge for Canada's National Magazine Awards, and has worked professionally as an animator, dancer, astrology and tarot card consultant, and, from 2012-13, as an instructor at Emily Carr University. Roxanna was born in Montreal and now lives in Vancouver.