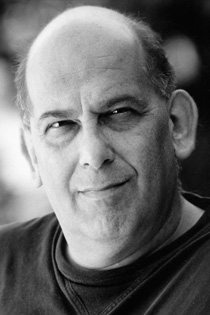 As a seven–year–old boy in 1940s Chicago, Stan Persky tugged Carmen Miranda's hair (at her invitation) to confirm to an audience of shoppers that it was real. On leave from the US Navy in the early sixties, Persky stayed in Paris's Beat Hotel, where Allen Ginsberg was a fellow guest. Later he marked his Navy discharge with a tattoo of an unfouled anchor: one not encumbered by rope, or the past. Most importantly, Persky has written about these things – written intelligently, as is his wont, but also engagingly, in a way that invites rather than demands. It's part and parcel of what Persky does, whether in a classroom full of students or on the pages of a book. Explicate. Explain. Entertain.

Persky came to Canada in 1966, after adventures in romance and writing in Europe and San Francisco. He has taught at Northwest College, Malaspina College, and Simon Fraser University. Persky has written for a number of magazines and websites, including the Globe and Mail and dooneyscafe.com. He is the author of more than a dozen books. His most recent book, The Short Version, won a BC Book Prize for non–fiction in 2006.