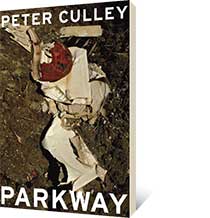 "Hammertown" is Georges Perec's invention, an imaginary fishing port on Vancouver Island that Peter Culley recognized as the Oulipo writer's vision of what Nanaimo might be like. In Parkway, Culley continues his project of describing Perec's Hammertown from the inside. Deeply musical and infused by Culley's love of rhythm, Parkway is an acute and strongly complicit portrayal of a working–class city, and the world of its margins.

A Kootenay School of Writing hang–around in the 1980s, Peter Culley is a poet and art critic who has lived in Nanaimo for most of his life. Hammertown (2003) and The Age of Briggs and Stratton (2008) are the first two Hammertown books.